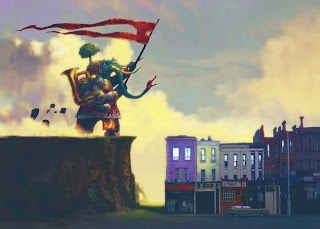 This one was a test. The only thing we kept is probably the rhino textures. I tried to
create a visual correspondance between the rhino horns and a small excentricity in the distant
cliffs, which looks  like Etretat, in France. You only notice it if you watch carefuly. 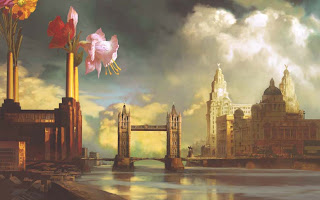 This is an early version of the final set, where you can see the flowers roughly inserted just for
composition, scale and color. 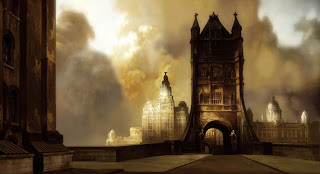 This is a Tower Bridge vision. I don't think one has a chance to see this in the final movie. When the camera pans down, the Rhino is already in frame and it's almost entirely covered with flowers. 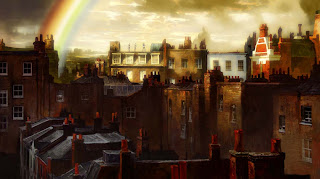 That was a particularly enjoyable piece. The effort was about making sure that it realy looked
like a painting and not  like a photograph. That's why the brushmarks are emphasized.

This is a bluer version of what you actually see in the final picture. 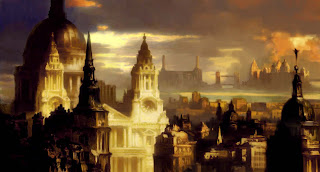 This is the final shot, only a detail with Saint Paul's Cathedral, plus some Battersea and Liverpool features in the distance.
Publié par Cacouault à 02:15